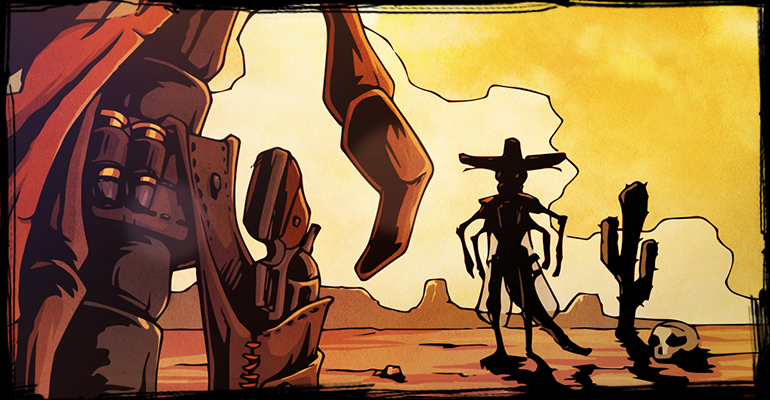 Duels are one of the most iconic aspects of the western genre, probably even more than rolling tumbleweeds or bank robberies. To make a game that takes place in this genre and not having some mutation of a duel there would mean missing a great opportunity, while also disappointing fans of the Wild West. We knew we wanted to have a duel mechanic in our game ever since we started working on it. But to actually do it and to do it right, one first needs to understand what makes duels so interesting.

Let’s go through some basics first. Duels used as a way of settling disputes between two parties is something almost as old as civilized society itself. The basic definition of a duel is  “an arranged combat between two individuals with matching weapons done in accordance to agreed-upon rules”. Mostly, the aim was not necessarily killing the opponent but rather restoring your honor, while humiliating the opponent and demonstrating that you are willing to risk your life to achieve it. The rules were based on various mutations of “code duello” – a sort of guidelines, probably originating from Reneissance Italy inspired by the medieval code of chivalry.

Duels became widely popular (and thus becoming mostly illegal) especially in the modern ages, around 17th and 18th century, but probably the most well-known depiction are the quick draw duels that took place in colonial North America, which were made popular by the Wild West movie genre. Even though that they were strongly stylized in the movies, such duels really did occasionally occur in the Old West. The first well documented and probably the most well known real-life Wild West duel took place in 1861 in Springfield, Missouri between Wild Bill Hickok and Davis Tutt, who had a disagreement over a game of cards. The conflict ended with Wild Bill shooting Davis through the heart on the town square with the whole town watching and this event inspired the gunfighter legends for days to come.

As we already established, duels are a very popular theme, mostly in Wild West movies, as they allow for great dramatic sequences with a lot of suspense, even though all the characters involved are mostly static. There are many great examples of duels in Spaghetti Westerns, but once again, Sergio Leone probably perfected the craft. Whether it’s the final duel of “Once Upon a Time in the West”(1968) or the one from “For a Few Dollars more”(1965) they all follow certain unwritten guidelines that make them so intense and memorable.

Let’s break it down and point out what makes a good duel scene in probably the most memorable scene shot by Mr. Leone, and personally one of my favourite movie scenes of all time – the finale of “The Good, the Bad and the Ugly”(1966) (which is rather a Mexican standoff than a duel, but never mind that).

Composition of a duel scene

So, what is it that makes these duel scenes so good?

In all the examples mentioned above, the characters involved are really distinctive, each of them having a specific stylised look, posture, weapon handling and emotions, so that they stand out in the scene. And you as a viewer also care about the characters and the outcome of the encounter, because the duel makes sense in the context of the whole narrative.

The build-up until the shots are fired is the most important part of those scenes. The suspense is done by alternating between wider shots where we see all the characters and close-ups of their faces, eyes and hands prepared for drawing.

The stage for the duels is usually simpler, without too many distracting details, so that silhouettes of the gunfighters would be clearly visible in the wide shots. That being said, it is important for the environment to support the overall atmosphere of the scene.

Ennio Morricone’s soundtrack is at least half the reason why these scenes are so good. It underlines the rising tension and adds greatly to the atmosphere. It is worth noting that the music stops abruptly in the exact second when the shooting starts to emphasise it. Lack of music and ambient noises are also very important tools for creating strong atmosphere.

These scenes are usually quite long, but with the amount of different cuts, it is usually hard to tell if it all took place in real time and how long the build-up actually took. Finding the right length for such scene might be a bit tricky, but I think we all agree, that duels finished in a matter of seconds would be quite dull.

This is probably quite self-explanatory. And right after he draws, he usually goes down in a really exaggerated, dramatic fashion.

From the popular Western video games I’d like to mention two incarnations of the duel scenes. In all of them, you can find most of the bullet points mentioned above, but altered in a way that they would suit video game environment. 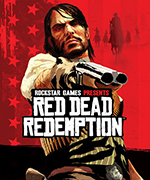 In Red Dead Redemption (Rockstar Games, Take-Two Interactive) the whole build-up isn’t part of the actual gameplay, but is done in a form of an in-game cutscene before the interactive part. Still, it is done quite well and it uses some of the shots that could also be seen in Leone’s movies. In the movies, the drawing and shooting of the guns take place in a split of a second, so it makes sense, that in a video game, this is done in a slowed down time, so that the player can manage to enter the inputs. You can watch the video here. 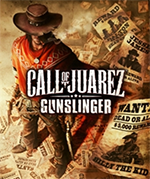 Call of Juarez – Gunslinger (Techland, Ubisoft) is another example of duel done in a video game and it’s probably one of the best. What it did is that it turned the whole build up phase to a gameplay mechanic, in which you move your hand closer to the holster while focusing on your opponent. The whole thing is done in a really nice shot from the back of the main protagonist, so we see both his holster and the enemy he is dueling. The actual drawing and shooting is once again done with the time slowed down. I personally think that they really nailed the atmosphere and suspense such scene should have. You can watch the video here. 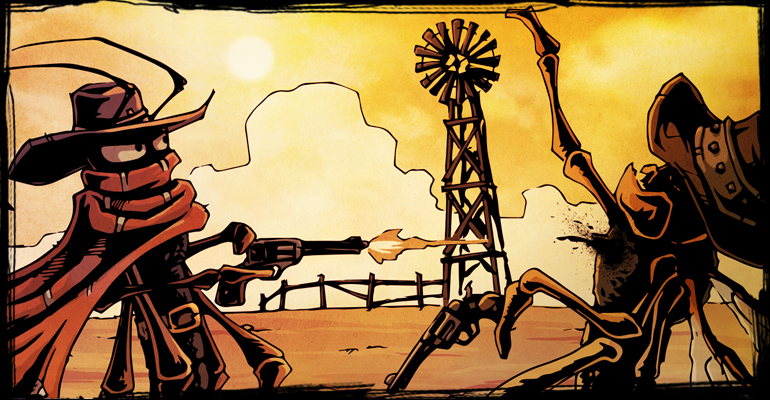 Duels in Blood will be Spilled

Making a duel in our game might be a bit tricky, as our game is 2D, and our characters are quite small on the screen. However, thanks to our comic book like stylisation, we can put most of the points of interest into comics frames, as eyes, faces, hands etc. Another cool thing at our disposal are characters with more than two hands, which allows for even more interesting scenarios.

We are still kind of experimenting with the whole mechanic, as there are quite a few ways to approach this. As was already mentioned above, the most important part of the duel is the build-up, which is usually quite static and it might seem non interactive. One way,  the “easier” one, would be to do most of the build-up in a comicbook-like cutscene, which is simillar to what “Red Dead Redemption” did, but we’d rather do it as “Gunslinger” did, with a small minigame that would keep the player involved also during this first phase of the whole duel. We are still thinking about various versions of the minigame that would make sense in the context of the duel and also would be fun to play.

So, as a picture is worth a thousand words, we’ll show you what we currently have. Below you can find the first prototype of the duel mechanic, without the minigame in the build-up phase. Please, bear in mind that this footage is of a work in progress and it doesn’t represent the quality we aim for with the finished product.

There are still many ideas we have for the duels of Blood will be Spilled. If you have any comments or suggestions, please, don’t be shy, let us know! And if you want to see what else we have in store, be sure to follow our progress on facebook, twitter, or instagram.