Reboot Develop 2018 took place in Dubrovnik, Croatia on 19th – 21st Apr 2018. It was our second time at Reboot and it was one of the best conference experiences we had on this project. TL;DR: It’s an amazing very well organised conference, with great people, awesome speakers, taking place in one of the nicest venues you can imagine. If you’re an indie developer and your budget allows for it, we recommend it highly.

When we attended Reboot in 2017, things didn’t really go according to plan. At that time, we were really busy with applying for the support from Slovak Arts Council and it was also the period when our discontent with the core combat mechanic was reaching its peak. We did little to no research about the speakers and the conference schedule, we neither arranged any meetings, nor had a plan to go and see the Dubrovnik Old Town. We went to the conference with a poorly tested demo we weren’t happy about and almost no preparation at all.

As a result we needed to pack our booth on the very first day, because the demo was barely playable and had to make the whole conference into a kind of a holiday – listening to talks, talking to people, having strolls by the coast. We also took a lot of notes and promised to ourselves that next time we’ll do our homework better.

We knew that this year’s Reboot was going to be a very important conference for us. Not only did we make a great progress on the project since last year, but we also wanted to show people our new vision of the combat mechanic. Moreover, our whole team attended Reboot this year, not just me and my brother (as was the case last year).

The preparations for Reboot Develop started in the middle of February. We allocated time to create a properly tested and polished demo, prepare booth branding, business cards and simple merchandising. Everything went pretty much according to plan, except for the trailer, which I finished around midnight the day before the conference. So, how did it go? 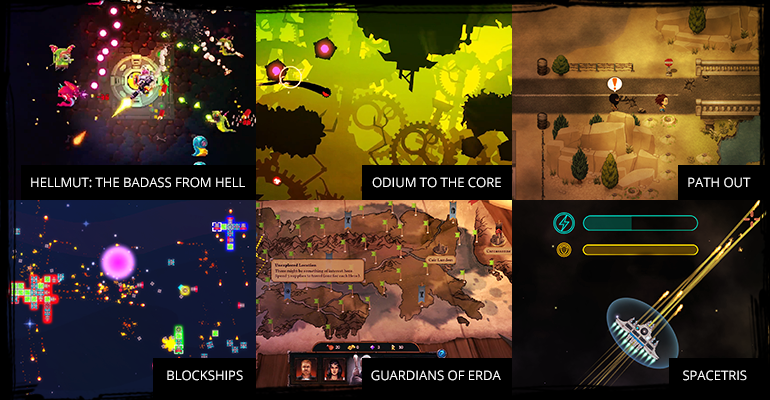 What could go better

So, to sum it up, Reboot Develop 2018 was a blast, we really enjoyed our time there and we’re very happy for all the feedback we got and contacts and friendships we’ve made. We already know what to improve next time we’ll go there and are really looking forward to visiting Dubrovnik once again in 2019.